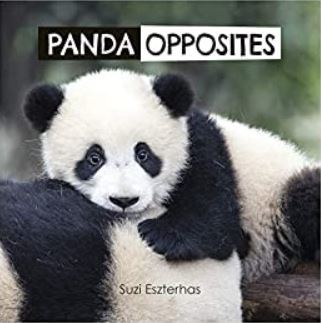 Kids learn about opposites with wildlife photographer Suzi Eszterhas. A portion of the proceeds from this book will be donated to Pandas International to help protect Giant Pandas around the world. 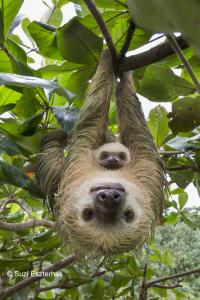 Wildlife Photographer Suzi Eszterhas talks about the joys and difficulties of pursuing her passion for wildlife photography. www.youtube.com/watch?v=yU2qzT1BfiY

The NY Times reported that the IUCN upgraded the Giant Panda status. The wild population has increased suc that it is no longer listed as Endangered. Now it is listed as ‘Vulnerable.’ The species is not out of the woods yet. Pandas still face habitat loss from deforestation, and concern over the future effects of global warming on bamboo forests. For now, we're going to accent the positive.

Pete Oxford Talk on the Yasuni Amazon Rainforest from WildSpeak 2015

Pete Oxford and Renee Bisch have spend years exploring the Amazon rainforest in their backyard- which happens to be Yasuni National Park. It is also known as the most biologically diverse place on earth. They have published numerous books and magazine articles about the flora, fauna and native people of Yasuni in the hope of saving it from the ravages of oil exploration which threatens to destroy this great wilderness.

This talk is not so much about photographer, it's about a place.

It's about a conservation photographer who has tried to help, but who has essentially failed.

Copy the following link into your browser for the video posted by YouTube by WildSpeak. bit.ly/1RJ6Rd4

Photographer Tui De Roy talks about some of her experiences in Atipodes Island as a mouse eradication program works toward restoring them to their natural state.

Imagine hearing a heartbeat like sound in the ocean … but not knowing the source. Whale Trust researchers including Jim Darling spent a decade listening for these sounds and wondering what they were. Finally, on a calm glassy day these 40 Hz pulse sounds were recorded within a few meters of a pair of Humpback Whales off of Maui. Even more convincing, the sounds increased in volume as the whales got closer and became softer as the whales swam away. This led to the publication of a new paper describing these so-called mystery sounds for the first time. If verified, and these sounds are indeed another communication channel for humpback whales beyond the familiar song and social sounds, it could completely change how we view and interpret whale behavior on the breeding grounds.

Click the following link to hear a recording of the sound that has everyone so excited.

Photographer Flip Nicklin is a co-founder of Whale Trust. A selection of his work is available as prints from AnimalsandEarth. 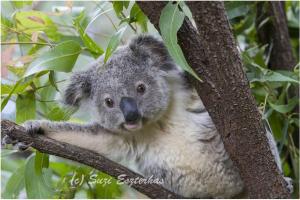 Congratulations to Suzi Eszterhas. The newest title in her ongoing series of children's books, KOALA HOSPTIAL is a Fall 2015 selection by the prestigious Junior Library Guild.

Koala Hospital kicks off the new 4-book Wildlife Rescue series from Owlkids Books. Each book introduces a species of animal in danger somewhere in the world and invites readers inside a rescue center that helps them. Photos by award–winning wildlife photographer Suzi Eszterhas give readers a rare view of the animals and the high level of care they receive.

Koala Hospital features a koala rescue center in Australia. It shows why koalas are in danger, how they come to be in the sanctuary, and the process of healing and rehabilitating koalas for return to the wild. Koala Hospital also focuses on the people who work at the rescue center and how they aid the animals.

Other special features include a map showing the rescue center and the koala’s native habitat range, as well as an index, glossary, and author Q&A based on common questions from kids. An author’s note at the end introduces readers to small-scale ways that even they can help save koalas.

A portion of the royalties from sales of this book will be donated to the Koala Hospital.

The book is available through Amazon at http://amzn.to/1RiDNX0.

Frog Mass Extinction: A recent study by John Alroy at Macquarie University in Australia suggests that about 200 frog extinctions have occurred and hundreds more will be lost over the next century, so we are on pace to create a mass extinction.

Many factors are contributing to this alarming decline - habitat destruction the introduction of the deadly chytrid fungus are the main culprits.

At least another 6.9% of all frog species may be lost within the next century, even if there is no acceleration in the growth of environmental threats.

That means that reptiles and amphibians are going extinct at 10,000 times the rate of other organisms!

This Panamanian Golden Toad couple was photographed at the San Deigo Zoo. The species is listed as critically endangered, but is likely to be already extinct in the wild. 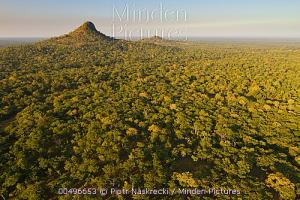 This week the US Navy has agreed to limit its use of sonar that may inadvertently harm whales and dolphins in waters near Hawaii and California. For the first time, the Navy has agreed to put important habitat for numerous populations off-limits to dangerous mid-frequency sonar training and testing and the use of powerful explosives. Scientific studies have documented the connection between high-intensity mid-frequency sounds, including Navy sonar, and serious impacts to marine mammals ranging from strandings and deaths to cessation of feeding and habitat avoidance and abandonment. For more information about conservation efforts on behalf of whales check out NRDC.org.