Boyd Matson talks to Suzi Eszterhas about the challenges of photographing cheetah families in the wild, as well as the survival challenges facing cheetah cubs on his radio show National Geographic Weekend. Suzi's new book is A Future for Cheetahs. Click the more link to hear their conversation.

National Moth Week is a week long, global mothing event to promote the understanding and enjoyment of moths and to raise awareness about biodiversity. Click the more link for events in your area this weekend. Maybe you'll find and count a gorgeous Emperor Moth like this one photographed by Thomas Marent in Switzerland. It's eyespots are to deter predators approaching from behind. Notice hot the wing tips vaguely resemble a snake head, another deterrent aimed at hungry birds.

UnbeLEAFable the Art of Camouflage in the Yasuni Rainforest

Yesterday's Daily Mail featured a lesson in the art of camouglage featuring a set of Pete Oxford's images. Leaf insects mimicking dead leaves demonstrate the advantages of making like a leaf in the jungle.

Great Barrier Reef in Worst State Since Begining of Record

Just after posted a beautiful gallery in honor of Coral Reef Appreciation week, we read about the current state of the Great Barrier Reef. Next year UNESCO will decide whether to designate it as a World Heritate Site in danger. Face threats from global warming, coastal development and dredging projects, the reef can no longer rebound like as it once could. Click here for a link to the Guardian story.

Applause for Piotr Naskreckis New Book A WINDOW ON ETERNITY 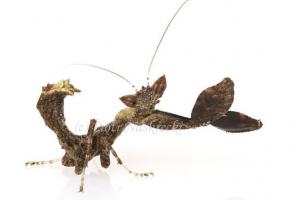 For several years now, Piotr Naskrecki has been working as part of world renowned entomologist and crusader for biodiversity E.O. Wilson on Dr. Wilson's project to catalog all of the animal species of Gorongosa National Park, Mozambique. While they are still toiling away in the rainforest, collecting, cataloging and discovering the wildlife of Goronogosa, some of their finds are now showcased and discussed in their new book.

A WINDOW ON ETERNITY A Biologist's Walk Through Gorongosa National Park , written by Dr. Wilson and photographs contributed by Piotr Naskrecki brings the reader into one of the most biologically richest places in Africa and perhaps in the world. The book has been so well received, that even out Praying Mantis friend feels the need to applaud.

Last week, NOAA announced the addition of the Scalloped Hammerhead Shark to the U.S. Endangered Species list, making it the first shark protected under U.S. law. See More for the full article in Scientific American.

PICTURE OF THE DAY Cape Gannet Paddling by Pete Oxford

We love this underwater view of a Cape Gannet paddling. It conveys and both the photographer's playful sensibility and the unknown threat of the deep unseen by the gannet.

We're thrilled to see Thomas Marent's sexy Puss Moth caterpillar featured on the BING.com home page today. This tiny guy is rearing up and waiving its tail in a threat display. Who knew caterpillars could be so charismatic. Click More for print, cards, and phone cases featuring this guy.

In honor of World Snake Day we've posted a selection of beautiful serpents to a new gallery. Click here for more info.